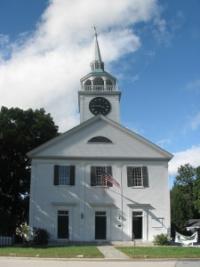 of Amherst is located  in the southern tier of the State of New Hampshire in Hillsborough County on the western edge of the Merrimack Valley and the eastern edge of the Monadnock region.  It is equidistant to New Hampshire’s two largest cities, Manchester and Nashua, which are both less than 15 miles to their downtowns.

There are two major east/west state highways (Route 101 and 101-A) that pass through Amherst and provide easy access to the main north/south travel corridors of the state (US Route 3 and Interstate 93).  In addition, Amherst is less than 15 miles from the Manchester-Boston Regional Airport which provides direct and connecting service to most major airports.

With a population of approximately 12,000 residents and a land area of nearly 35 square miles, we are a growing suburban-rural community that has successfully maintained many desirable historic and rural characteristics.  While retaining our rural feel, Amherst has enjoyed growth in commercial development and has a vibrant business district adjacent to the Route 101-A corridor that is home to many national retailers. There is a significant amount of undeveloped industrial land in the same area of town, which is also home to several existing businesses ranging from start-ups to a large regional warehousing operation.

Amherst has a long and rich colonial history.  It was first chartered in 1728 as Narragansett Number 3 and later called Souhegan Number 3.  In January, 1760 it was chartered as Amherst and named for General Jeffrey Amherst, the commander-in-chief of the British forces in America at the time.  Amherst became the first seat of Hillsborough County when the county was formed in 1769. The central village contained the courthouse, complete with jail, pillory and whipping post. By 1869, all county government had moved to either Manchester or Nashua.

Today, many historic buildings are well preserved in the center of town (Amherst village), which  is well known for its history and beauty.  The village green continues to be a focal point of the community where many events, such as a large Fourth of July celebration, a Christmas tree lighting event, and band concerts are held throughout the year.   We cherish our heritage, and many volunteers donate countless hours to documenting and maintaining the town’s history.

Amherst operates under the SB2 form of government, ensuring that citizens can participate as the legislative body for the town.